The wolves are no longer in the dark … they are at his door. And they want vengeance… The next instalment in the international, bestselling Varg Veum series by one of the fathers of Nordic Noir…

One dark January night a car drives at high speed towards PI Varg Veum, and comes very close to killing him. Veum is certain this is no accident, following so soon after the deaths of two jailed men who were convicted for their participation in a case of child pornography and sexual assault … crimes that Veum himself once stood wrongly accused of committing.

While the guilty men were apparently killed accidentally, Varg suspects that there is something more sinister at play … and that he’s on the death list of someone still at large.

Fearing for his life, Veum begins to investigate the old case, interviewing the victims of abuse and delving deeper into the brutal crimes, with shocking results. The wolves are no longer in the dark … they are at his door. And they want vengeance.

Set in Norway Private Investigator Varg Veum is nearly run down by an unknown person in a grey car….did someone just try to kill him?

There had been two recent deaths of men, who had been convicted of the horrific crime of child pornography, Veum had also been accused of too, but he had been exonerated after it was found his computer had been tampered with……he’s concerned these deaths may be linked and not the accidents the police believe them to be and there may be more in danger…….

So Veum begins his own investigation, meeting many victims of child abuse that had been perpetrated by those dead men….and others!

Yes, this is a difficult read about truly evil crimes against the most innocent of victims, children…but due to Gunnar Staalesen’s writing, this is a gripping, engrossing thriller and you get caught up in Veum’s journey, his intent on finding the ‘pigs’ and bringing them to justice….it will keep you guessing right to the end..

Thank you to Anne Cater and Random Things Tours for the opportunity to participate in this blog tour and for the promotional materials and a free copy of the book  in exchange for my honest, unbiased review.

You can buy a copy here (click on the image) 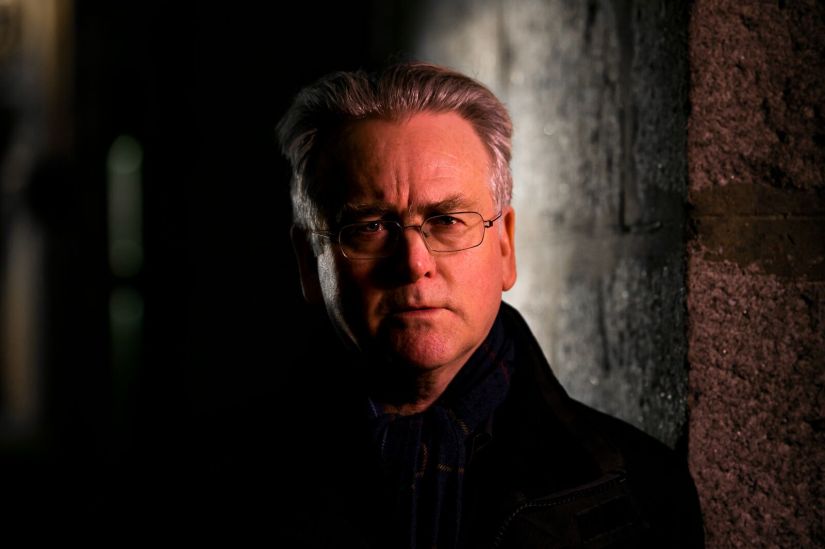 One of the fathers of the Nordic Noir genre, Gunnar Staalesen was born in Bergen, Norway in 1947. He made his debut at the age of twenty-two with Seasons of Innocence and in 1977 he published the first book in the Varg Veum series. He is the author of over twenty-three titles, which have been published in twenty-six countries and sold over five million copies. Twelve film adaptations of his Varg Veum crime novels have appeared since 2007, starring the popular Norwegian actor Trond Epsen Seim, and a further series is currently being filmed. Staalesen, who has won three Golden Pistols (including the Prize of Honour) and the Petrona Award, and been shortlisted for the CWA Dagger, lives in Bergen with his wife.