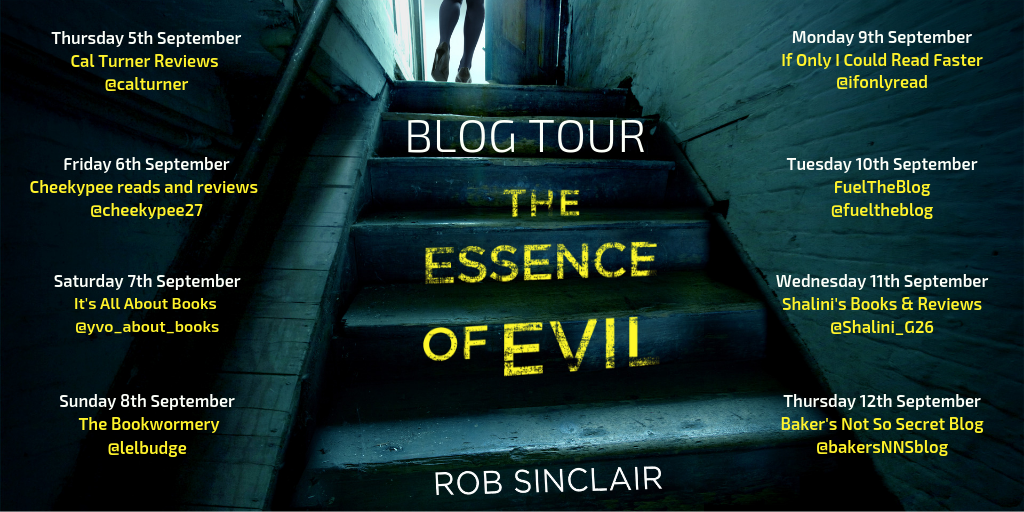 When D.I Dani Stephens returns to work after the attack that almost ended her life, she’s quickly plunged into a horrific new case, as dead bodies are discovered on the streets of Birmingham.

But with no link between the victims, Dani has to get inside a killer’s mind – so turns to the murderer she knows best. Her own twin brother…

But what makes a psychopath? Can understanding her twin help her find a murderer who leaves no trace? As the circle closes on Dani, the clock is ticking and she needs a breakthrough – before she becomes the latest victim.

A heart-stopping crime thriller that fans of Peter James and Mark Billingham won’t be able to put down.

DI Dani Stephens is back at work after a 2 year absence. Her twin brother, Ben had killed others and attempted to murder her too. After a traumatic brain injury and extensive rehab, she is now back……but is she ready?

Immediately thrown into a murder case, Dani feels there is more to this than a random murder and a serial killer may be at work. Her bosses disagree and after a person of interest dies, she is suspended while an internal investigation is completed. But she can’t let it go…..when a young student goes missing, she knows she is right and carries on her own investigation, putting herself In danger.

Dani is damaged, she’s afraid, frustrated and angry, partly due to her brain injury but is her feeling of paranoia justified? Will Jason stick around to support her, even though she keeps pushing him away?

Great, realistic characters, with some real surprising moments in this incredibly well plotted crime thriller, that’s so engrossing it really is unputdownable…. If you like a dark twisty thriller, you’ll love this.

Thank you to Tracy and Compulsive Readers for the opportunity to participate in this blog tour and for the promotional materials and a free copy of the ebook.  This is my honest, unbiased review.

You can buy a copy here (well pre-order it)

Rob is the author of the critically acclaimed and bestselling Enemy series and James Ryker series of espionage thrillers. His books have sold over half a million copies to date with many reviewers and readers having likened Rob’s work to authors at the very top of the genre, including Lee Child and Vince Flynn.

Rob began writing in 2009 following a promise to his wife, an avid reader, that he could pen a ‘can’t put down’ thriller. He worked for nearly 13 years for a global accounting firm after graduating from The University of Nottingham in 2002, specialising in forensic fraud investigations at both national and international levels. Rob now writes full time.

Originally from the North East of England, Rob has lived and worked in a number of fast paced cities, including New York, and is now settled in the West Midlands with his wife and young sons.(Courtesy of Goodreads)