Recuperating from his past mission, disturbed but driven D.I. Jack Austin returns to work amid a personality clash with a retired colonel – who happens to be his new Chief Constable.

When the Constable is kidnapped – and returned in pieces – DI Austin’s hapless hunt for the culprit begins. He investigates a string of cryptic murders including a beheaded minister, a drowned woman in a Hijab, and a band of terrorists with explosives.

Meanwhile, Austin battles a grievous inner conflict. Will he thwart the perpetrator, or become a conspirator himself? 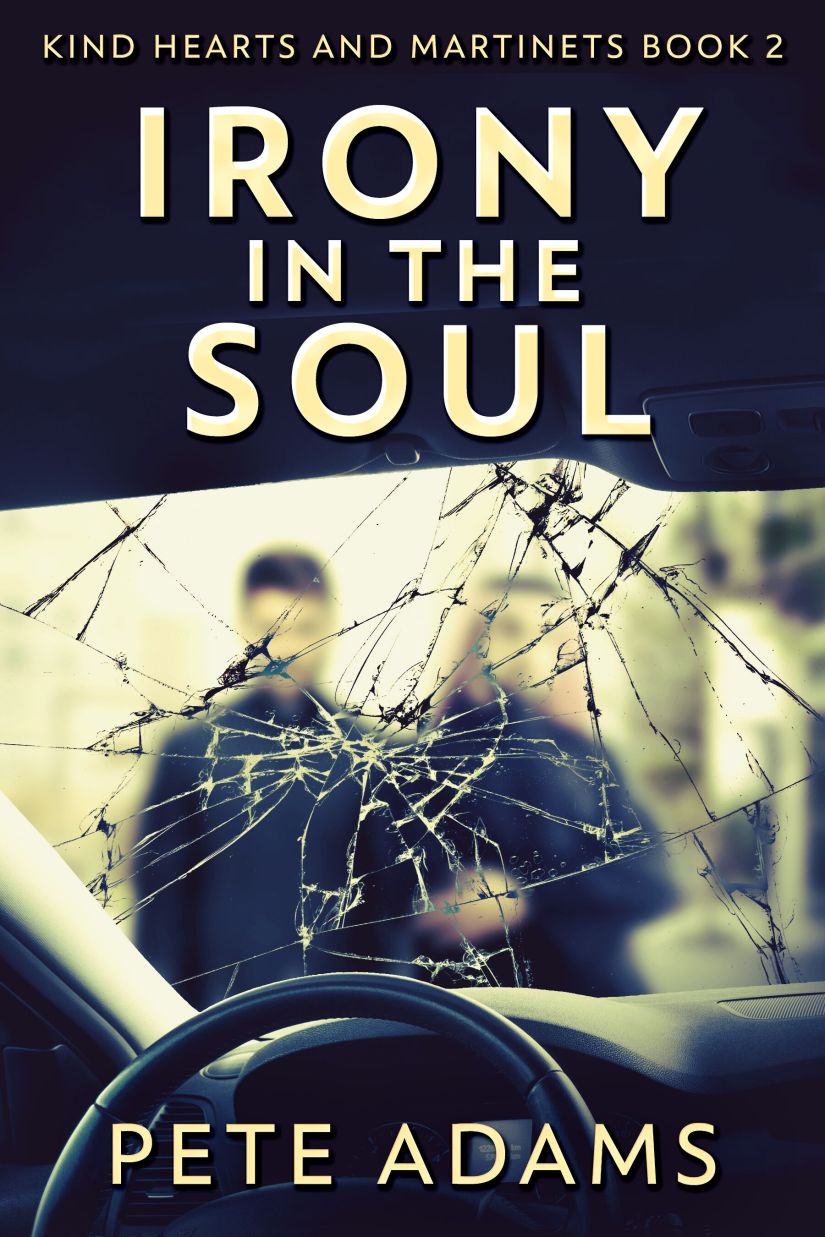 This is Book 2 in the Kind Hearts and Martinets series featuring DCI Jack Austin.

The story revolves around a domestic terrorist plot to cause civil unrest and political upheaval…..and some rather gruesome murders.

So Jack ( Mr Malacopperism himself) and his team investigate in their unique style. Jack is just recovering after being shot while solving a previous case, and recently back at work. He is such a character, slowly coming to terms with the death of his wife 3 years ago, PTSD and a new romance with Mandy. He really is a crisis magnet!

This is a serious thriller, but full of humour and tomfoolery from Jack, his nicknames for everyone are non stop and he tends to vocalise his thoughts which gets him into awkward moments. A fun thriller with a dark edge. Can’t wait for the next in the series.

Thank you to Damppebbles Blog Tours for the opportunity to participate in this blog tour and for the promotional materials and a free copy of the ebook. This is my honest, unbiased review. 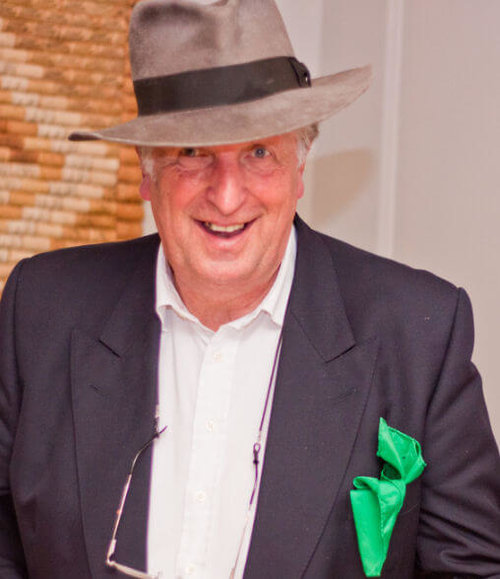 Pete Adams is an architect with a practice in Portsmouth, UK, and from there he has, over forty years, designed and built buildings across England and Wales. Pete took up writing after listening to a radio interview of the writer Michael Connolly whilst driving home from Leeds. A passionate reader, the notion of writing his own novel was compelling, but he had always been told you must have a mind map for the book; Jeez, he could never get that.

Et Voila, Connolly responding to a question, said he never can plan a book, and starts with an idea for chapter one and looks forward to seeing where it would lead. Job done, and that evening Pete started writing and the series, Kind Hearts and Martinets, was on the starting blocks. That was some eight years ago, and hardly a day has passed where Pete has not worked on his writing, and currently, is halfway through his tenth book, has a growing number of short stories, one, critically acclaimed and published by Bloodhound, and has written and illustrated a series of historical nonsense stories called, Whopping Tales.

Pete describes himself as an inveterate daydreamer, and escapes into those dreams by writing crime thrillers with a thoughtful dash of social commentary. He has a writing style shaped by his formative years on an estate that re-housed London families after WWII, and his books have been likened to the writing of Tom Sharpe; his most cherished review, “made me laugh, made me cry, and made me think”.

Pete lives in Southsea with his partner, and Charlie the star-struck Border terrier, the children having flown the coop, and has 3 beautiful granddaughters who will play with him so long as he promises not to be silly.

Published by Next Chapter Publishing in ebook and paperback formats on 28th June 2019. 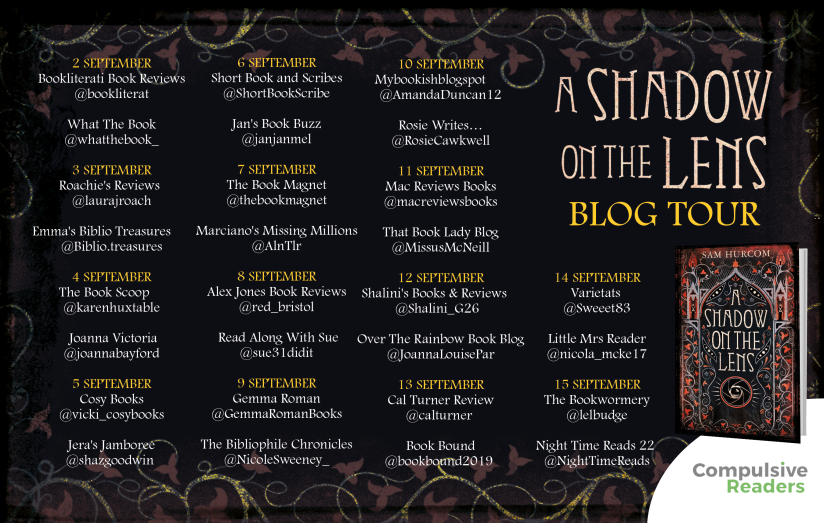 The Postmaster looked over my shoulder. As I turned to look I saw a flicker of movement from across the street. I felt unseen eyes peer at me.

He walked away without another word. I watched as he climbed onto his bicycle and sped away down the street. I turned back and looked over my shoulder.

Someone had been watching us.

As the strange case unfolds, Thomas senses a growing presence watching him, and try as he may, the villagers seem intent on keeping their secret. Then one night, in the grip of a fever, he develops the photographic plates from the crime scene in a makeshift darkroom in the cellar of his lodgings. There, he finds a face dimly visible in the photographs; a face hovering around the body of the dead girl – the face of Betsan Tilny. 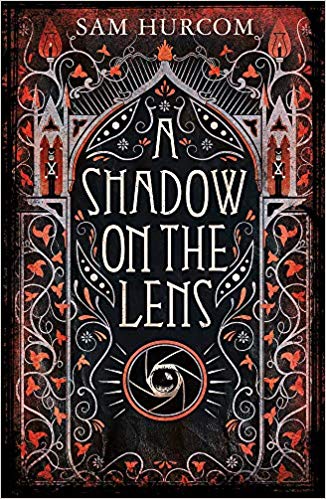 Betsan Tilney has been murdered and her body burnt. Due to the local villagers superstitions, her body is being kept in an abandoned church. They feel the Death is the result of the demon, Calon Fawr.

Thomas Bexley, a forensic photographer is sent to document the evidence, but he is unwell with a fever and starts to see things …including a shape over the body in one of his photographs …or is it just a flaw?

He visits Bethan’s mother and while unwell he is certain she told him, “Do not look for her with your eyes”….

Will Thomas find the killer, or is there something even darker walking in the village?

Thank you to Tracy and Compulsive Readers for the opportunity to participate in this blog tour and for the promotional materials and a free copy of the ebook.  This is my honest, unbiased review.
You can buy a copy here

Sam Hurcom was born in Dinas Powys, South Wales in 1991. He studied Philosophy at Cardiff University, attaining both an undergraduate and master’s degree. He has since had several short stories published, and has written and illustrated a number of children’s books. Sam currently lives in the village he was raised in, close to the woodlands that have always inspired his writing.

A SHADOW ON THE LENS is Sam’s debut novel.