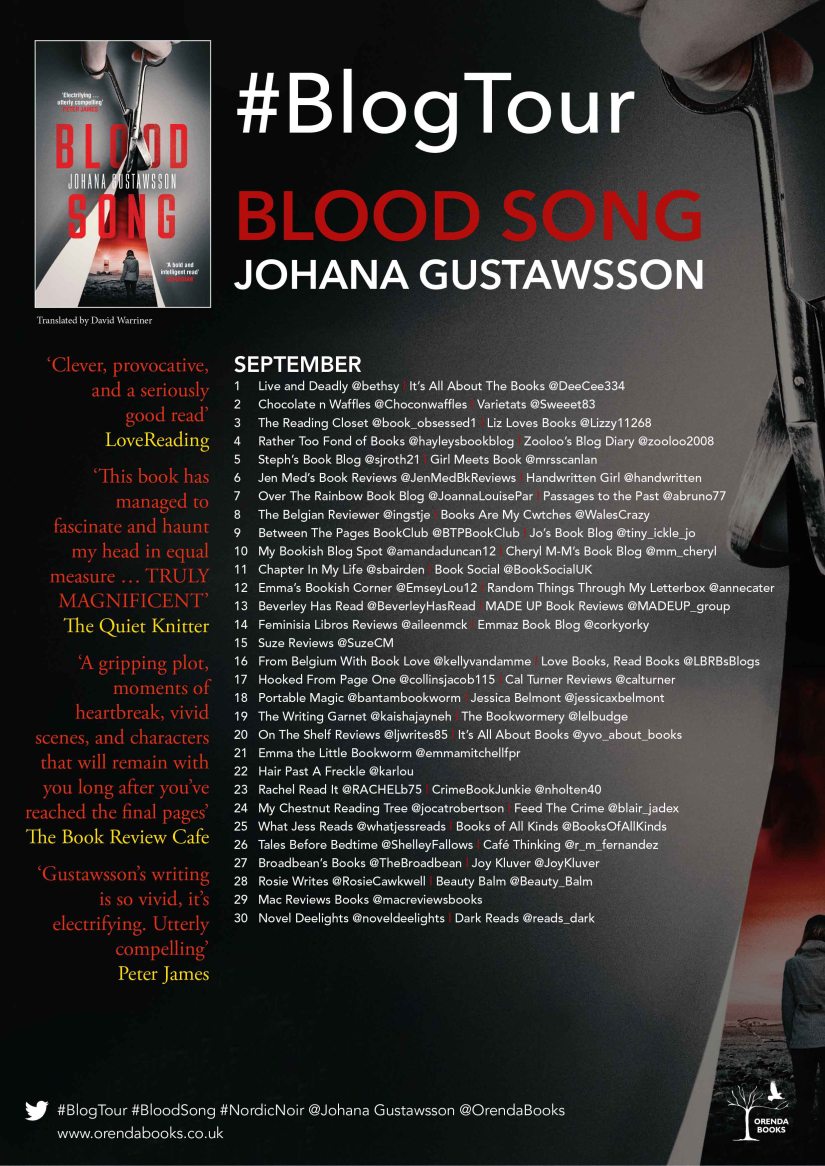 The country is wracked by civil war, and as Valencia falls to Franco’s brutal dictatorship, Republican Teresa witnesses the murders of her family. Captured and sent to the notorious Las Ventas women’s prison, Teresa gives birth to a daughter who is forcibly taken from her.

A wealthy family is found savagely murdered in their luxurious home. Discovering that her parents have been slaughtered, Aliénor Lindbergh, a new recruit to the UK’s Scotland Yard, rushes back to Sweden and finds her hometown rocked by the massacre.

and they soon find themselves on the trail of a monstrous and prolific killer, in an investigation that takes them from the Swedish fertility clinics of the present day back to the terror of Franco’s rule, and the horrifying events that took place in Spanish orphanages under its rule… 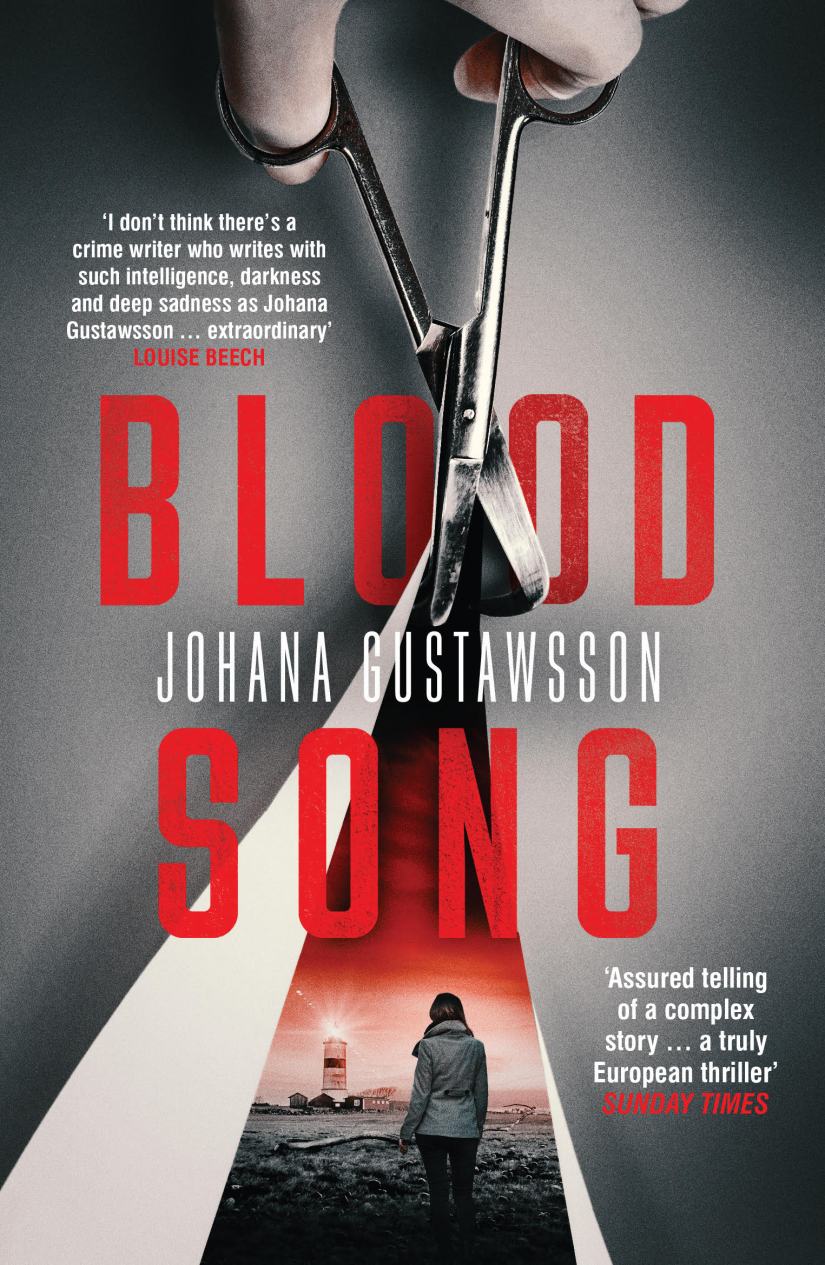 This is the third book in the Roy and Castells series, but I found it easy to read as a stand alone. I haven’t read the previous two, but after reading Blood Song I am going to remedy that right away.

This has a background of the horrors of Franco’s Spain. The persecution of anyone they believed to be communist, socialists or republicans. The numbers given in the introduction to Johana Gustawsson’s tale are difficult to comprehend.

Blood Song covers periods and locations from 1930’s Spain to 2016 Sweden, with visits to London too.

There is someone who has killed members of the Lindbergh family, stabbing them and removing their tongues…….Kerstin, Göran and Louise were Aliénor’s mother, father and sister. Aliénor is a profiler, she has Aspergers and has difficulty with the emotions this tragedy causes and her friend Emily seems to be the only one to understand.

Emily is also a profiler, with her colleague Alexis Castells, a true crime author, and Aliènor, they try to solve these murders…..

But, there have been more killings…..is there a link? How could an IVF clinic be involved?

There are chapters from the 1930’s, where people were taken from their homes, some shot and others imprisoned, brutalised, raped and starved….any children were taken and sent to orphanages…..only to suffer abuse at the hands of priests and nuns…heartbreaking and anger inducing at the same time.

How are these two timelines linked?

I cannot say much more, as there is no way I would want to spoil any part of this incredible thriller. I’ve not read a thriller like this, it’s so powerful and compelling with a cadence that matches the emotions. Absolutely stunning.

Thank you to Anne Cater and Random Things Tours for the opportunity to participate in this blog tour, for the promotional materials and a free copy of the book. This is my honest, unbiased review.

You can buy a copy here (really ! you need to read this!) 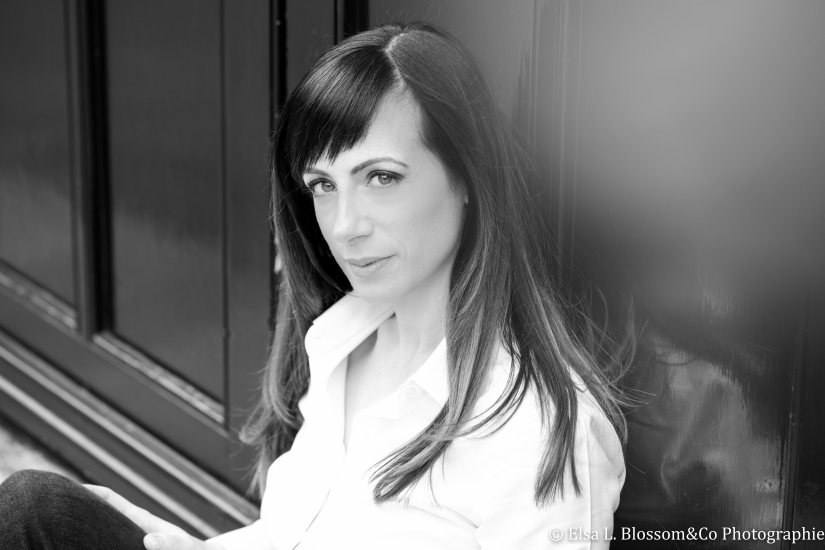 Born in Marseille, France, and with a degree in Political Science, Johana Gustawsson has worked as a journalist for the French and Spanish press and television. Her critically acclaimed Roy & Castells series has won the Plume d’Argent, Balai de la découverte, Balai d’Or and Prix Marseillais du Polar awards, and is now published in nineteen countries. A TV adaptation is currently underway in a French, Swedish and UK co-production. Johana lives in London with her Swedish husband and their three sons. She drew on her own experience of fertility clinics and IVF to write Blood Song and is happy to speak and write pieces about this.