From Inside The House by W.D. Jackson-Smart – Book Review

D.I. Graves is back on the case to face his toughest challenge yet. A case with no motive and no suspect, nothing at all that could explain why someone would kill innocent people in such a way.

Then the next victims are discovered. Another pair of bodies. New body parts taken. Again in their own home.

Someone is breaking into houses across the city at night, leaving horror in their wake. It seems to Graves that this could be two serial killers, working together. But how are they choosing their victims? Is any house in London a target? Is anyone safe

To make matters worse, a journalist is threatening to cause more harm than good with her obsessive push in covering the story to further her career, and someone is targeting Graves personally, seeking revenge against him in relation to an old case.

Can Graves keep himself safe long enough to stop the serial killers before they strike again?

#2 in the DI Daniel Graves series, it can be read as a stand-alone, but if you haven’t read #1 you are missing out on the start of a great series…

DI Graves and his partner, DI Charlie Palmer are called to a murder scene….nothing like they have seen before in its brutality.

But then, a second couple are murdered and the similarities suggest the same killer or killers….they have taken body parts too.

Daniel is still trying to come to terms with the death of Jenny and her killer is still taunting him….(from book #1).

With a high profile case, the press are everywhere and one journalist, Kelly, will do anything to get an exclusive, even putting herself in extreme danger.

This is a dark and twisted tale, what the killers do with the body parts is particularly horrific. I can’t say much more about the plot for fear of spoiling it, but it has a bit of everything, even touching on mental health issues, with Daniel’s panic attacks…..there’s murder, fear, family and someone is still out there! Compelling and utterly brilliant. I’m looking forward to the next in the series already….

Thank you to Damppebbles Blog Tours for the opportunity to participate in this blog tour,  for the promotional materials and a free copy of the ebook. This is my honest, unbiased review. 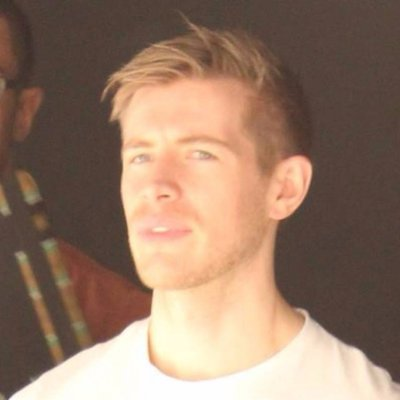 WD Jackson-Smart, 35, is a London-based horror and crime fiction author who has been writing crime and horror fiction since 2011. His novel Red Light was self published on Amazon and charted in the top twenty best selling Suspense / Thriller Kindle books on release.

His horror short story, What’s Yours Is Mine, was shortlisted for the Horror For Good anthology.

His first crime thriller Slasher, about a serial killer targeting slasher movie actresses in Hollywood, is out now, and he has launched a brand new crime series set in London and starring D.I. Graves. The Demons Beneath is the first in the series, and the sequel From Inside The House was published on July 1st 2019.

As well as his passion for horror and crime thrillers in all forms, WD Jackson-Smart also loves art and design, having studied Fine Art and Art History in Leeds and Toronto and working as a graphic designer for the majority of his career.

One response to “From Inside The House by W.D. Jackson-Smart – Book Review”