COVER REVEAL for When The Time Comes by Adele O’Neill

But first, here’s a little about the actual book…..

Liam Buckley was a married man with two teenage children when he moved out of the family home to start a new life with his lover. His wife Jennifer never forgave him, but now she needs him to come back: she’s been diagnosed with a terminal illness, and the kids can’t cope alone.

Liam hires a retired detective to help prove his innocence, but it’s no easy task. The children are distraught, and Jennifer’s best friend, Sarah, is waging a campaign against Liam, determined to expose him for a liar and a cheat.

As secrets surface from the complex web of Buckley family life, DS Kennedy must decide. Did Jennifer Buckley end her own life, or did Liam take it from her? The answer, when it comes, will shock them all…

Sounds so good……and Now a little about the Author

Adele is a writer from Co. Wicklow who lives with her husband Alan and her two teenage daughters. Influenced by writers across all genres she has a particular fondness for fiction that is relatable and realistic. Her debut novel was awarded The Annie McHale Debut Novel Award for 2017 and is a character driven story of survival, dark family secrets and sibling loyalty, just like life. Her second novel Behind A Closed Door is another emotionally harrowing tale of impossible choices, loyalty and friendship. Adele writes overlooking the Irish Sea, which she credits for the tumultuous dynamics in the relationships and lives of her unsuspecting characters in her third novel, When The Time Comes, another dark tale that tests the lengths we go to protect the ones we love.

AND Finally here’s the stunning COVER…..Gorgeous to say the least ! 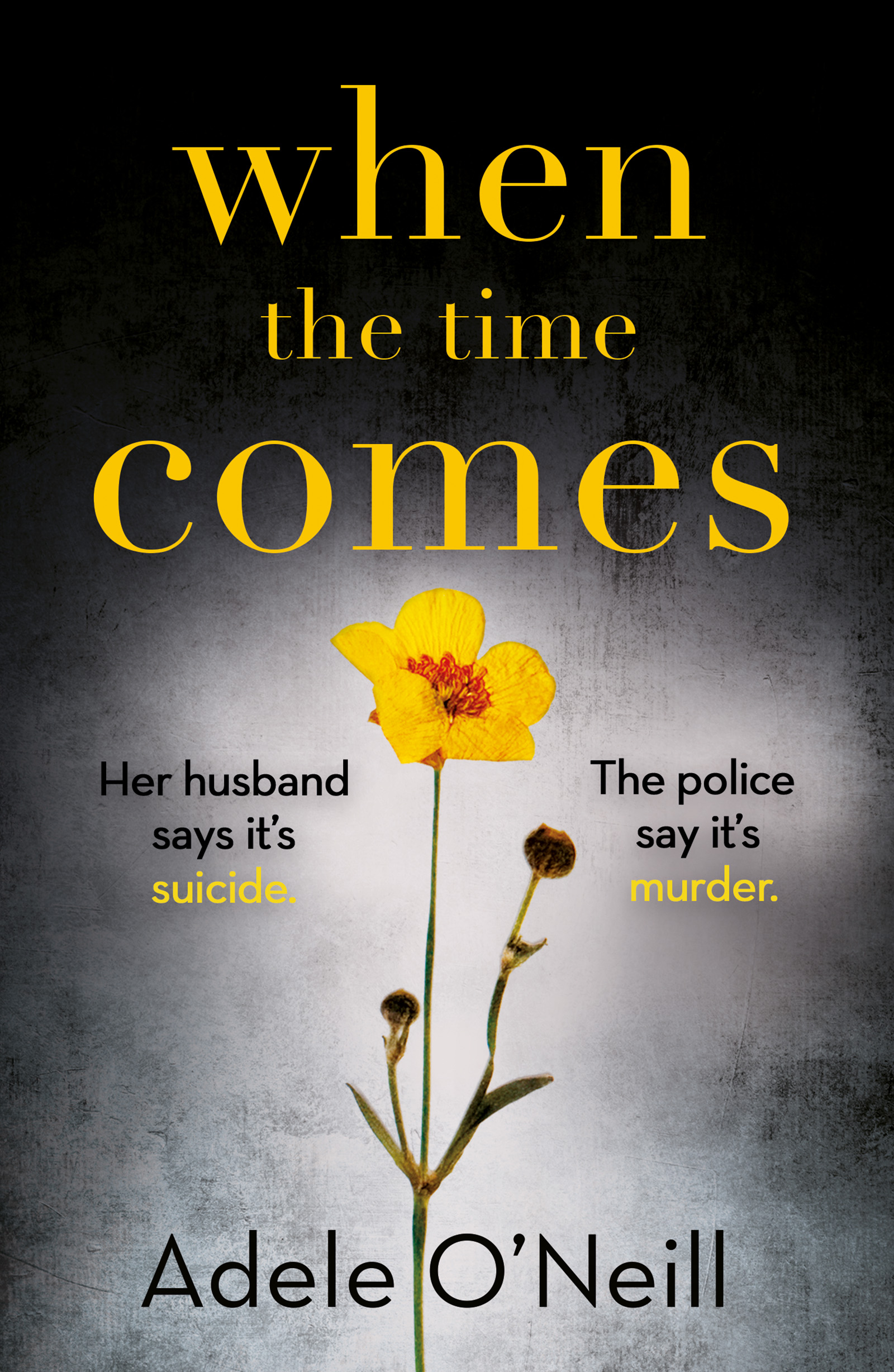