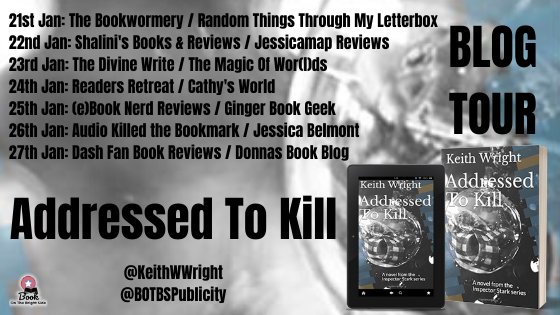 It is 1987. A perverted criminal sociopath is on the loose. An innocent young woman is murdered in horrific circumstances.

DI Stark announces, ‘Christmas is cancelled,’ and his team investigate; aware that every second the maniac is on the loose, moves him closer to his next victim.

A second woman is raped and brutalised.

How is the killer discovering intimate secrets about his victims? Why does he insist on terrifying them on the lead up to the attacks? What is driving this depravity? Who will the next victim be?

In his attempts to protect the public, DI Stark makes a huge error of judgement, which will have appalling consequences.

Critically acclaimed author, Keith Wright is a former CID Detective. His professional knowledge of police investigations, coupled with a formidable talent for storytelling, combine to make his third novel a must for all crime fiction enthusiasts and thriller readers alike.

Set over the Christmas period in 1987, Nottingham.

This is a tale of misogyny.

A young woman receives an odd phone call, she believes it to be her ex, Patrick, as he used a pet name and personal detail…but she thought he sounded odd. Mandy is then brutally raped and murdered. When Patrick is exonerated….the search begins for the killer.

The maniac is watching.

This was not his first attack, but his first murder and he wants more.

Can DI David Stark and his team identify him before anyone else is killed…or has he set his sights on someone close to home?

I found this a particularly unsettling read, the hatred for women by the maniac is horrific. The language used causes a visceral reaction, which is all credit to the authors creative writing and sense of atmosphere. The chapters from the maniacs perspective are so chilling…I had to stop reading at times to catch my breath..there are also some racist terms used, adding to the sense of unease.

It is graphic at times in its description of the rape and assaults which were hard to read, but it really brought the state of mind of this maniac to life….so scary. Not one for the faint hearted.

Thank you to Sarah at Book On The Bright Side for the opportunity to participate in this blog tour, for the promotional materials and a free copy of the ebook. This is my honest, unbiased review. 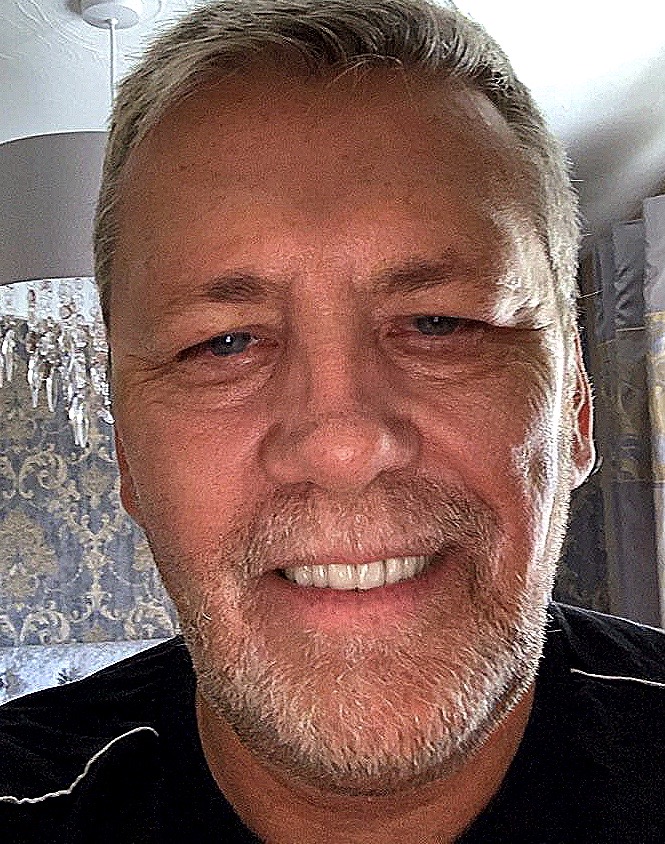 Keith is re-mastering his murder/mystery novels, first published in the early 1990’s and set in the late 1980’s; introducing new characters and additional scenes and has decided to open them up to a new readership on Kindle, Kindle Unlimited and Paperback available on Amazon.  It is remarkable how much life has changed in the last thirty years and the novels are now period pieces and an insight into what life (and death) was really like before mobile phones and the internet!

Keith was brought up on a council estate in a rough area of Nottingham and attended the local comprehensive school.  His father was an alcoholic and left when he was ten. His mother; Marie, brought him, and his four siblings up on her own, whilst balancing a full-time job.  His mother loved reading and he too became interested. His mother would usually be later home from work than school finishing time, so he would call into the local library on his walk home.  Whilst at the time this seemed inconvenient, (although it was a good place to get warm and dry in winter), it was, of course a blessing, as it enabled him to evolve his own love of books.

After being told by his careers officer at school that he had no chance whatsoever of getting into the police force, he decided to try himself, and wandered into the local police station at the age of fifteen to enquire what he must do.  By some fluke he managed to pass the entrance exam and interviews and he was accepted into the police force. He worked the area where he had grown up, and this meant that everyone knew him, and so he was trusted, and was able to understand what was going on in the area.  He also, occasionally had to arrest some of his old school friends for various crimes. It was always good to catch up with these mini- re-unions!

Keith spent 25 years in the police service retiring in 2005 as a Detective Sergeant.  He then began working for a global business, leading investigations and up until recently Headed the Serious and Corporate Investigations Team dealing with bribery and blackmail within the corporate world.

He still lives in Nottingham and is engaged to Jackie.  He has four wonderful children, twins, Chris and Andy, and Andy’s. fiancée Katie, who is an operatic singer. Chris and Andy are also writers and have done some amazing bodies of work.  His son, Harry is at university, doing a degree in Computer Science but has discovered a love of acting and has performed in various productions. ‘Follow your heart, son’. Then there is the lovely chatterbox, Lily, who is 9 years old and without knowing inspires Keith to keep on going.  There is a lot of creativity in the Wright family!

Keith has a great relationship with Jackie’s grown up children, Aron and his partner Ayla, Ashley and his wife, April, and Callum.  With all the family interaction it is a wonder any writing gets done at all!

Keith’s novels are set in the 1980’s and involve the investigations of DI Stark and his team of detectives in Nottingham CID.  It is no coincidence that the author was a Detective in Nottinghamshire CID in the 1980’s!

Keith ‘For his sins’ (obligatory comment) is a lifelong supporter of Nottingham Forest Football Club and played for the youth team with Steve Hodge, when Brian Clough was manager and League and European Champions.

His books, first published in the early 1990’s as contemporary fiction, achieved critical acclaim and his first novel One Oblique One was shortlisted for the Crime Writers Association John Creasy Award for the best debut crime novel of the year in 1991.  This was the first year that the award was opened up to global competition and Keith was pipped to the award by the fabulous Walter Moseley’s ‘Devil in a Blue Dress’.

One response to “Addressed To Kill by Keith Wright – Book Review”