In the early 19th century, British explorer John Oxley traversed the then-unknown wilderness of central Australia in search of water. Oxley never found it, but he never ceased to believe it was out there. The myth of the inland sea was taken up by other men, and over the years search parties walked out into the desert, dying as they tried to find it.

Two centuries later, his great-great-great-great granddaughter (and our narrator) spends a final year in Sydney reeling from her own self-destructive obsessions. She’s working part-time as an emergency dispatch operator, drinking heavily, sleeping with strangers, wandering Sydney’s streets late at night, and navigating an affair with an ex-lover. Reckless and adrift, she prepares to leave.

Written with down-to-earth lucidity and ethereal breeziness, this is an unforgettable debut about coming of age in a world that seems increasingly hostile. Watts explores feminine fear, apathy and danger, building to a tightly controlled bushfire of ecological and personal crisis. 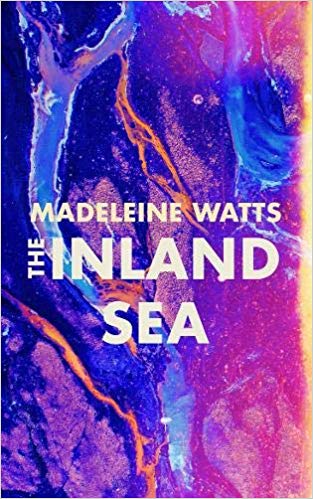 Set in Australia, the narrator has just finished university and gets a job in an emergency dispatch call centre. Where she has drifted along in her safe little world, she starts to feel there is danger around every corner.

She meets an ex, Lachlan and wonders what if? What could be?

This is a tale of love, loss, loneliness and the daily fear of things beyond our control.

It is a beautifully written, almost poetic tale of a young woman and her coming of age, her realisation that the world is slowly falling apart. From climate change, Bush fires, personal drama and an overall feeling of disquiet.

I found this to be a gentle read, dreamy but with this feeling of unease too. Brilliant, thought provoking, slightly melancholy and really gently captivating.

Thank you to Poppy Stimpson at Pushkin Press for the opportunity to read The Inland Sea for free. This is my honest and unbiased review.