Some places make their own laws…

When Ella Watson, a woman of wealth and status, is brutally stabbed to death in broad daylight it sends a shockwave through the Lake District community. Later that day, Keira Bradley meets the same fate. But whereas Ella’s murder is a tragedy, Keira’s death on the notorious Beacon Estate is just another statistic in a dangerous place.

DI Kelly Porter has the unenviable job of running simultaneous investigations. Her efforts aren’t helped by a boss driven by protecting his reputation and a housing estate where fear rules and no one dare speak out. Kelly knows the answers can only be found by winning the trust of the residents at Beacon Estate. A task so hard it may be impossible.

Kelly puts everything she has into finding justice for both victims. The only thing she hadn’t anticipated was a traitor in the ranks. When the evidence points to someone in her team, Kelly has to put feelings aside and work the case – no matter where it leads. By the time it is over, nothing in her world will ever be the same…

A dark and gripping police procedural for fans of Patricia Gibney and D. S. Hood. 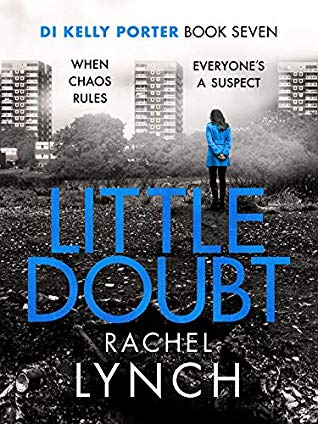 #7 in the DI Kelly Porter series by Rachel Lynch, but can also be read as a stand-alone.

This starts with the murder of Ella, a wealthy, middle-class woman, while out for a run.

Then a young woman, from a very different background is stabbed to death on a nearby rundown estate.

Are these two deaths related?

DI Kelly Porter begins her investigation, treating each case with the same determination to find the killers and the truth. Her boss, the truly reprehensible Superintendent Ormond knew Ella and begins interfering with Kelly’s investigation. He wants a quick result, but at what cost?

Kelly is concerned with his methods and feels there is something else going on….just who can she trust?

So well plotted, this is so topical too, with the current prevalence of knife crime it feels very close to home. Kelly is a great character, with her determination and lighter moments with family make her well rounded.

There’s also police corruption, secrets and of course murder in this gripping and tense police procedural. Another great read from Rachel Lynch and I’m already looking forward to Book #8.

Thank you to the publishers and NetGalley for the opportunity to read this ARC for free. This is my honest and unbiased review.

You can preorder a copy here : https://amzn.to/2SQHICG