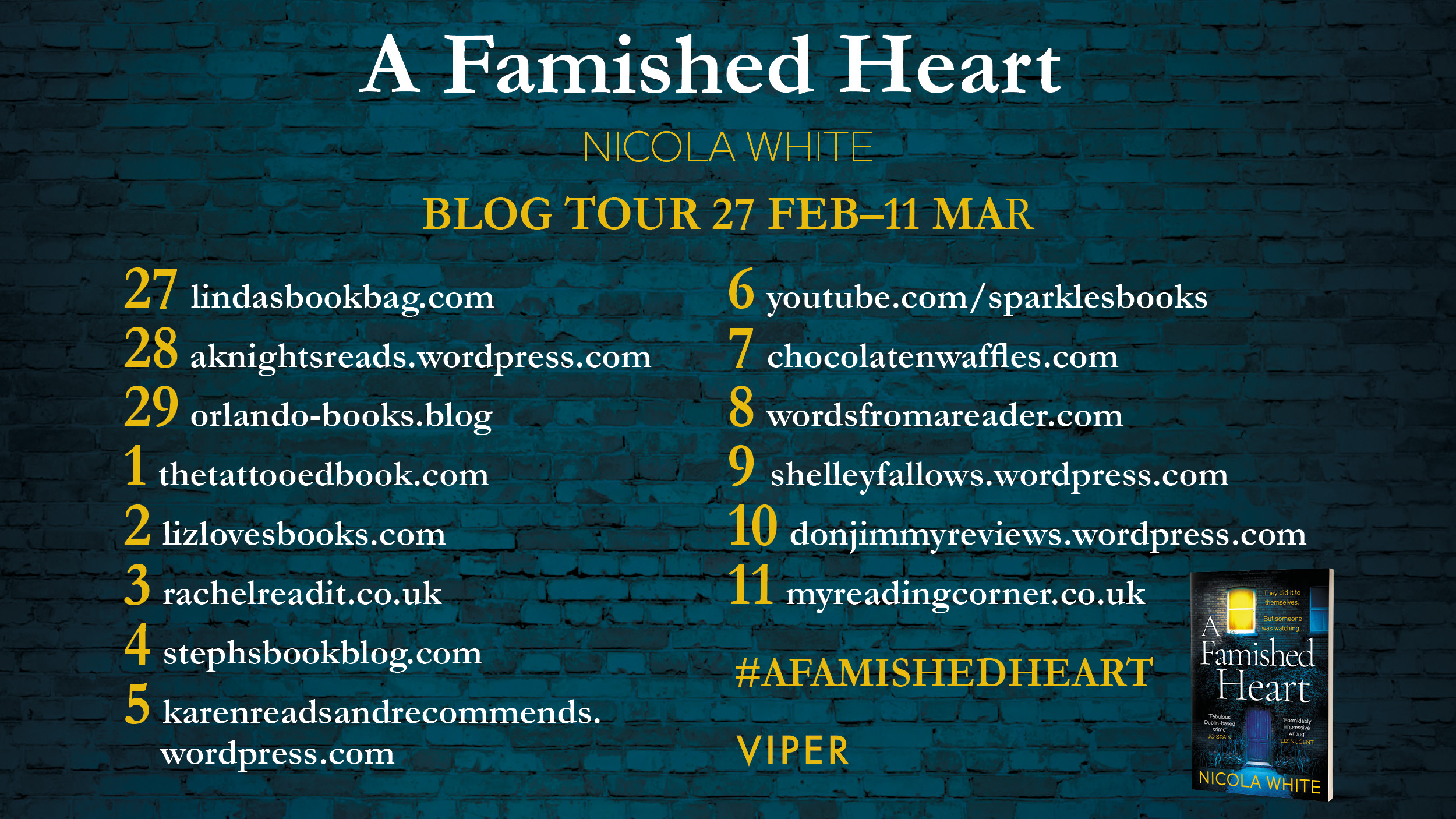 THEY DID IT TO THEMSELVES

BUT SOMEONE WAS WATCHING

The Macnamara sisters hadn’t been seen for months before anyone noticed. It was Father Timoney who finally broke down the door, who saw what had become of them. Berenice was sitting in her armchair, surrounded by religious tracts. Rosaleen had crawled under her own bed, her face frozen in terror. Both had starved themselves to death.

Francesca Macnamara returns to Dublin after decades in the US, to find her family in ruins. Meanwhile, Detectives Vincent Swan and Gina Considine are convinced that there is more to the deaths than suicide. Because what little evidence there is, shows that someone was watching the sisters die…

Set in 1982, Dublin and Detectives Vincent Swan and Gina Considine are called to the home of Berenice and Rosaleen MacNamara. Their desiccated bodies have been found by Father Timoney after doing a welfare check on the sisters.

They had been missing from church for a while and no one could remember seeing them lately. Both women had starved to death. But someone may have been watching…..

I really enjoyed the pacing in this tale, it’s a slow burn with plenty of character development and how they view events and their own lives, with an in depth plot that keeps you guessing. Beautifully evocative of 80’s Dublin, this tale of faith, family and death has a quiet sense of unease that keeps you hooked from start to finish. I loved it.

Thank you to Viper Books for the opportunity to take part in this blog tour, for the promotional material and a free copy of the book. This is my honest and unbiased review.

You can buy a copy here: https://amzn.to/2HXRbmS

Nicola White grew up in Ireland and New York and graduated from Trinity College, Dublin. She lived in London and Belfast before moving to Glasgow to work as a contemporary art curator, moving on to produce arts documentaries for BBC radio and television.

In 2008 she won the Scottish Book Trust’s New Writer Award, and began to publish short stories in a range of journals, anthologies and for broadcast on Radio 4. In 2012 she was Leverhulme Writer in Residence at Edinburgh University.

Her novel, In the Rosary Garden, won the Dundee International Book prize and was shortlisted for the 2014 Deanston (now McIlvanny) Prize. It was selected as one of the four best debuts by Val McDermid ‘New Blood’ panel at the Harrogate crime festival and was one of the Glasgow Herald’s 2014 ‘books of the year’.

She publishes non-fiction with The Dublin Review and has contributed essays to numerous visual art publications, such as the National Galleries of Scotland’s 2014 ‘Generation Reader’.

Nicola currently splits her time between Glasgow and the Highlands, which means she lives mostly on the A9. (Courtesy of Goodreads).