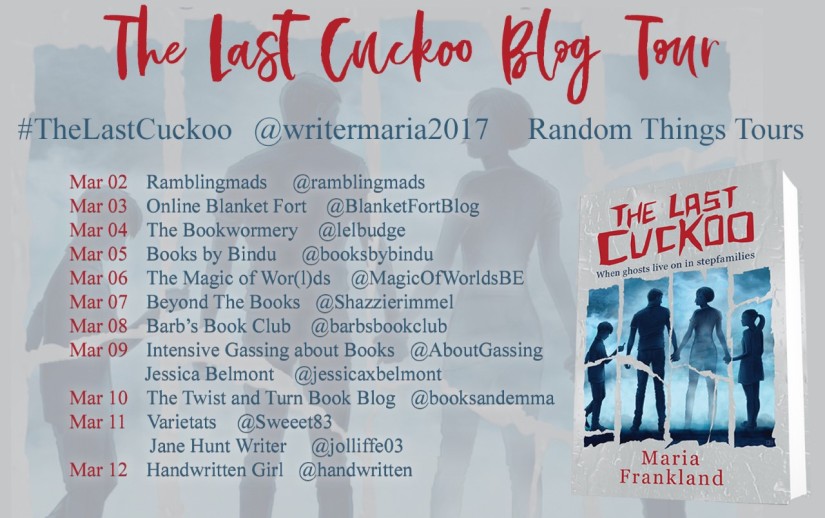 Do you listen to your mother? Even after she’s dead?

Anna Hardaker is following you …

This seemingly innocent Tweet fills Jamie Hardaker with confusion and fear. After all, his mother Anna has been dead for nearly three weeks.

What follows is an orchestrated Twitter campaign to lead those Anna loved, and didn’t love so much, to the truth behind her “accidental” death.

This is a unique thriller, told by Jamie, whose mother, Anna has died after an accident. It’s told as his innermost thoughts, how he misses his mother, he talks to her all the time.

Her fiancé, Iain tries to help Jamie, but it’s all fraught and not helped by Claudia, his daughter and was soon to be Jamie’s step-sister. These two young people really don’t get on at all.

Anna had been at the end of her tether with their constant bickering and other family members sticking their oar in really didn’t help matters.

After Anna’s funeral, Jamie receives a twitter notification, from his mother’s account. He initially ignores it, but as more tweets are added, he wonders who could have access to her account…he even wonders if it could be her ghost..but when they start to intimate that Anna’s death may not have been an accident he begins to wonder who would be so heartless.

Was there more to Anna’s death? And who could possibly know?

Not only is this a mystery, it’s also a tale of a modern family…..a step-family and it’s challenges…messy and realistic. It’s so well written, it’s hard to believe it’s the author’s debut thriller novel, with plenty of twists and surprises making this a thriller that makes you think. Very clever and totally gripping throughout.

Maria Frankland’s life began at 40 when she escaped an unhappy marriage and began making a living from her own writing and becoming a teacher of creative writing.

The rich tapestry of life with all its turbulent times has enabled her to pour experience, angst and lessons learned into the writing of her novels and poetry.

She recognises that the darkest places can exist within family relationships and this is reflected in the domestic thrillers she writes.

She is a ‘born ‘n’ bred’ Yorkshirewoman, a mother of two and has recently found her own ‘happy ever after’ after marrying again.

Still in her forties, she is now going to dedicate the rest of her working life to writing books and inspiring other writers to also achieve their dreams too!

3 thoughts on “The Last Cuckoo by Maria Frankland – Book Review”