Little Doubt by Rachel Lynch is OUT TODAY !!!
I originally posted my review of this brilliant instalment to the DI Kelly Porter series by Rachel Lynch. But here it is again…….

#7 in the DI Kelly Porter series by Rachel Lynch, but can also be read as a stand-alone.

This starts with the murder of Ella, a wealthy, middle-class woman, while out for a run.

Then a young woman, from a very different background is stabbed to death on a nearby rundown estate.

Are these two deaths related?

DI Kelly Porter begins her investigation, treating each case with the same determination to find the killers and the truth. Her boss, the truly reprehensible Superintendent Ormond knew Ella and begins interfering with Kelly’s investigation. He wants a quick result, but at what cost?

Kelly is concerned with his methods and feels there is something else going on….just who can she trust?

So well plotted, this is so topical too, with the current prevalence of knife crime it feels very close to home. Kelly is a great character, with her determination and lighter moments with family make her well rounded.

There’s also police corruption, secrets and of course murder in this gripping and tense police procedural. Another great read from Rachel Lynch and I’m already looking forward to Book #8.

Thank you to the publishers and NetGalley for the opportunity to read this ARC for free. This is my honest and unbiased review. 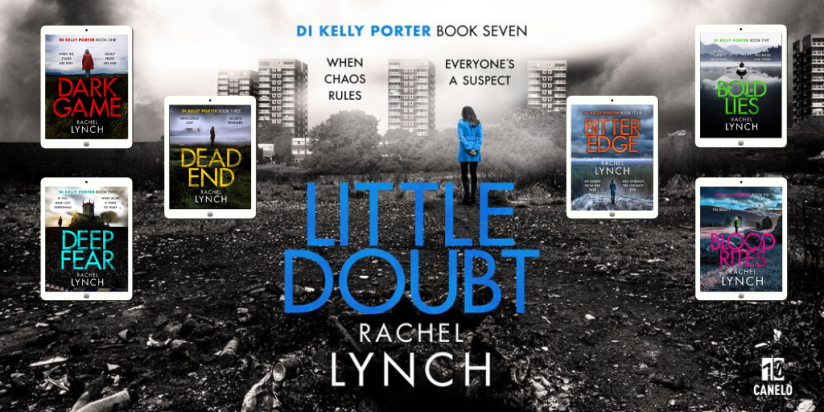 ALSO BOOK 8’s Cover will be revealed on Friday….woooohoooo…..can’t wait

Outside the Hope & Glory pub, a man has been left to die. A victim of extraordinary violence, he will never walk or speak again. He remains in hospital for months, until criminal defence lawyer Sarah Kellerman walks onto his ward.

Sarah barely recognises the man she once worked with – he was honourable and kind – what was he involved in? Who wanted him dead? But in her race to uncover the truth, Sarah comes to realise there are two men in her life that she never really knew at all…

From one of crime fiction’s most compelling voices, One Dark, Two Light is where the personal and criminal collide, as Sarah works to bring dark secrets into the light. 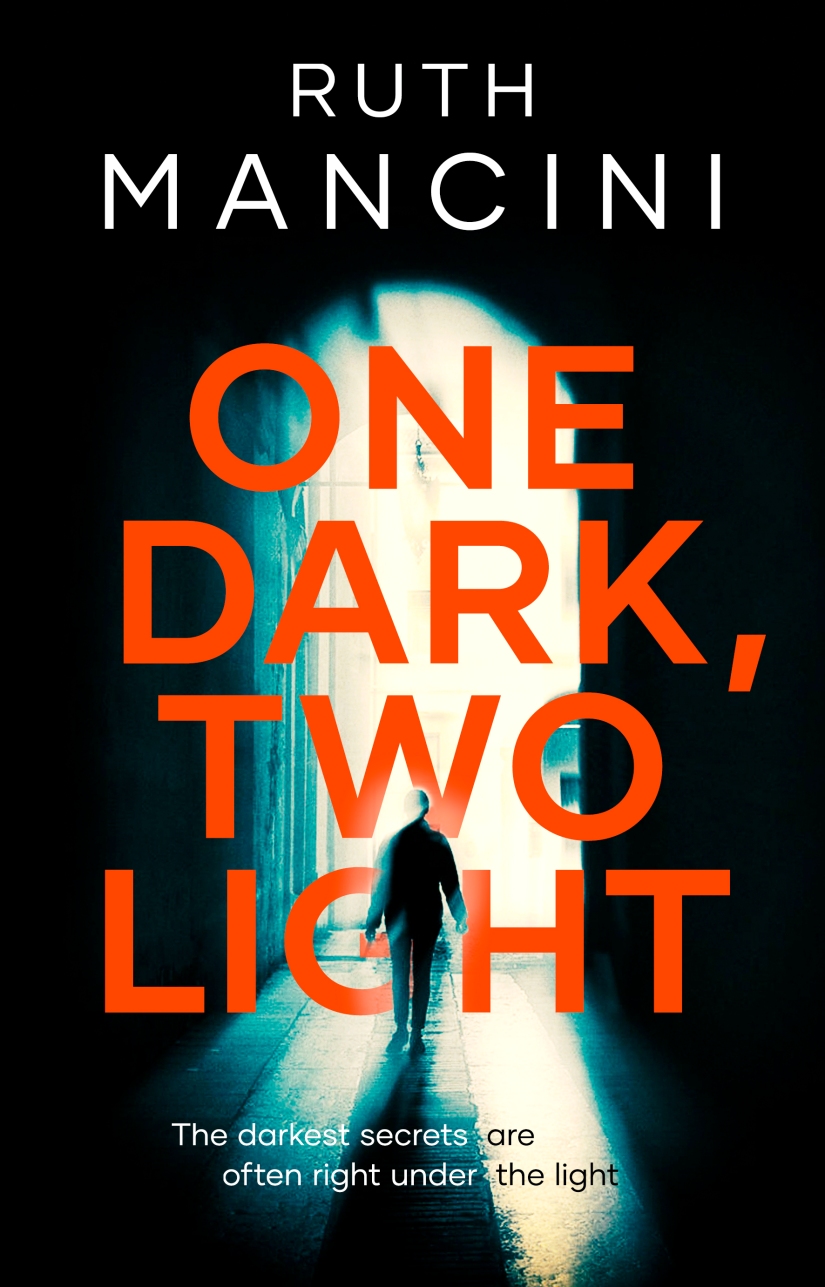 Sarah Kellerman is a lawyer, she’s also a single mum to Ben as her partner had left them many months before. She had started seeing Will, but he seems to have just started ignoring her.

However, she receives a message to say Will is in hospital fighting a really nasty infection, hence the disappearing act. So she goes to visit him in hospital and he’s very unwell but hopefully will recover, while she’s there, Sarah sees someone she knows, Mark Felding, a custody sergeant and a well respected officer, so why does no one know his name.

He had been the victim of a mugging and then a hit and run, due to a head injury he hasn’t been able to tell anyone who he was. So at least Sarah can now let them know and his poor family are told.

She’s concerned why nobody has reported him missing?

Well, then Sarah’s ex turns up wanting to try again, another woman is visiting Will and he clearly wants his relationship with Sarah kept secret and she really has concerns about what people are saying about Mark, as this doesn’t match what she’s knows about him…..

But, does she really know these two men at all? Can she find the truth about what has happened to Mark….or will being warned of by a Senior Police Officer put her off?….as if !!!!

I really enjoyed this twisty thriller, with its clever plotting and well developed characters. Sarah is a great, relatable character and she’s just such an empathetic person and really wants to help her clients and others. She’s dogged in her determination to get the truth. I read this in one sitting as I was hooked from start to finish. A compelling thriller and a great read.

Thank you to Victoria Joss at Head Of Zeus Books, for the opportunity to take part in this blog tour, for the promotional material and a free copy of the ebook. This is my honest and unbiased review.

Ruth Mancini is a criminal defence lawyer, author and freelance writer. She lives in Oxfordshire with her husband and two children.

Imagine receiving a letter from your son’s murderer. Imagine starting to trust him.

What if the only person who can help you find your son, is the man in prison for killing him?

A child taken. A mother on the hunt for the truth.

Twenty-five years after her son Zachery disappeared without trace, Diane Marshall receives a letter that overturns her world once again. The man convicted of killing 13 boys, Zachery among them, finally confesses to it all – except the murder of her son.

Armed with this new information and determined to discover the location of his body, Diane and the former DI in charge of the case start investigating. Somewhere out there, her son’s killer is waiting as the reckoning draws nearer. Sooner or later, the terrible truth – buried and undisturbed for a quarter of a century – will out.

This is the tale of prolific serial killer, Jonathan Egan Walsh, who has been convicted of the murder of 13 boys.

25 years later, Walsh is dying of cancer and writes a letter to the mother of Zachary Marshall. He tells her he didn’t kill her son…..he admits to the others, but no Zachary.

She takes the letter to the police, but they are not interested, telling Diane, Walsh was a manipulator and evidence shows he had been in contact with Zachary and the case is closed.

But, Diane will not give in, she needs to know the truth.

This really is an incredible listen, beautifully narrated by Joanne Froggatt and Mathew Horne. They really bring these characters to life and make this very tense and atmospheric.

I loved this utterly gripping thriller, twisty, and with a heart rending ending making this a completely engrossing must listen.

Only available at Audible

Thank you to Phoebe at Midas PR for the opportunity to take part in this blog tour, for the promotional material and a free copy of the audiobook. This is my honest and unbiased review.

Working as a cabinet-maker in rural Oregon, Adam thinks he has left Treadstone – the CIA Black Ops programme – in the past, until he receives a mysterious email from a former colleague, and soon after is attacked by an unknown hit team at his job site.

Operation Treadstone has nearly ruined Adam Hayes. The top-secret CIA Black Ops programme trained him to be a nearly invincible assassin, but it also cost him his family and any chance at a normal life, which is why he was determined to get out. Everything changes when he receives a mysterious email from a former colleague, and soon after is attacked by an unknown hit team at his job site rural Oregon.

Adam must regain the skills that Treadstone taught him – lightning reflexes and a cold conscience – in order to discover who the would-be killers are, and why they have come after him now. Are his pursuers enemies from a long-ago mission? Rival intelligence agents? Or, perhaps, someone inside Treadstone? His search will unearth secrets in the highest levels of government and pull him back into the shadowy world he worked so hard to forget.

This is a novel set in the Jason Bourne universe created by Robert Ludlum. As a fan of these books I wasn’t sure if I’d enjoy The Treadstone Resurrection, but I needn’t have worried in the slightest.

This is an all out, action packed thriller.

CIA operative, Adam Hayes receives an email from an old friend with a warning. Then with events at his workplace, it soon becomes clear someone is out to kill him.

This obviously puts paid to his ‘quiet’ life as he searches to find out who wants him dead and why.

It results in a fast paced, tense military thriller that will have your heart pounding. An exciting, fun and thoroughly entertaining read.

Thank you to Anna at Midas PR for the opportunity to take part in this blog tour, for the promotional material and a free copy of the book. This is my honest and unbiased review.

You can buy a copy here: https://amzn.to/2TuEaGw

Robert Ludlum (1927 – 2001) was the author of twenty-seven novels, each one a New York Times bestseller. There are more than 225 million of his books in print, and they have been translated into 32 languages in 50 countries. Among his best-sellers were The Scarlatti Inheritance (1971), The Osterman Weekend (1972), The Matarese Circle (1979). He is most famous for the Jason Bourne series – The Bourne Identity (1980), The Bourne Supremacy (1986) and The Bourne Ultimatum (1990). The series was adapted for TV in 1988, for a film featuring Matt Damon in the lead role in 2002, and for a brand-new TV production from the writer behind Heroes and Chicago Hope in January 2020.

Joshua Hood is the author of Warning Order and Clear by Fire. He graduated from the University of Memphis before joining the military and spending five years in the 82nd Airborne Division. He was a team leader in the 3-504 Parachute Infantry Regiment in Iraq from 2005 to 2006, conducting combat operations in support of Operation Iraqi Freedom. From 2007 to 2008, Hood served as a squad leader with the 1-508th Parachute Infantry Regiment in Afghanistan for which he was decorated for valour in Operation Furious Pursuit. On his return to civilian life he became a sniper team leader on a full time SWAT team in Memphis, where he was awarded the lifesaving medal. Currently he works as the Director of Veteran Outreach for the American Warrior Initiative.