The Mystery Of Henri Pick by David Foenkinos – Book Review

The delightful first title in a new collaboration with Channel 4’s Walter Presents: a fast-paced comic mystery enriched by a deep love of books.

In the small town of Crozon in Brittany, a library houses manuscripts that were rejected for publication: the faded dreams of aspiring writers. Visiting while on holiday, young editor Delphine Despero is thrilled to discover a novel so powerful that she feels compelled to bring it back to Paris to publish it.

The book is a sensation, prompting fevered interest in the identity of its author – apparently one Henri Pick, a now-deceased pizza chef from Crozon. Sceptics cry that the whole thing is a hoax: how could this man have written such a masterpiece? An obstinate journalist, Jean-Michel Rouche, heads to Brittany to investigate.

The Mystery of Henri Pick is a fast-paced comic mystery enriched by a deep love of books – and of the authors who write them. 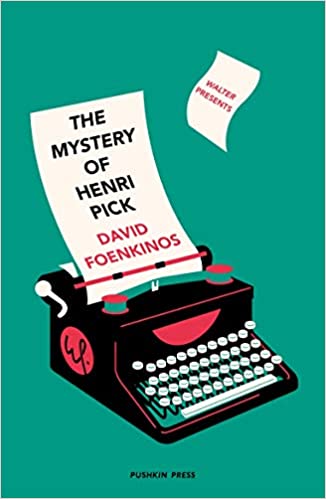 The Mystery Of Henri Pick is a gentle novel, no violence or fanged, just the mystery of who has written an unpublished literary masterpiece,   ‘The Last Hours of a Love Affair’,  that has been found in a local library.

It exudes a deep love of books and of the process of writing with the emotional toll it takes on authors. It’s also about love, life and finding happiness, all set in a small town in France.

An absolutely charming read with a little twisty mystery too, perfect escapism and a warm hug of a read.

Thank you to Poppy at Pushkin Press for the opportunity to take part in this blog tour, for the promotional material and an ecopy of the book. This is my honest and unbiased review.

Novelist, screenwriter and musician David Foenkinos was born in 1974. He is the author of fourteen novels that have been translated into forty languages. Several of his works have been adapted for film, including Delicacy (2011). The Mystery of Henri Pick is the first title in a new collaboration with Channel 4’s Walter Presents.

‘It has always been a dream for French writers to be translated into the English language. I am especially happy that The Mystery of Henri Pick has been selected by the ‘Walter Presents’ program because it is as much literary as it is entertaining. I wanted my book to be a playful reflection of the literary world – filled with suspense and false leads. First and foremost – it’s a tribute to books and literature and to the writers that have long been heroes of mine.’ – DAVID FOENKINOS

the UK in 2016 the service is named after its curator, Walter Iuzzolino and is now available in the US, Australia and a number of European countries. You can watch world drama box sets from Walter Presents for free in the UK on all4.com/walterpresents