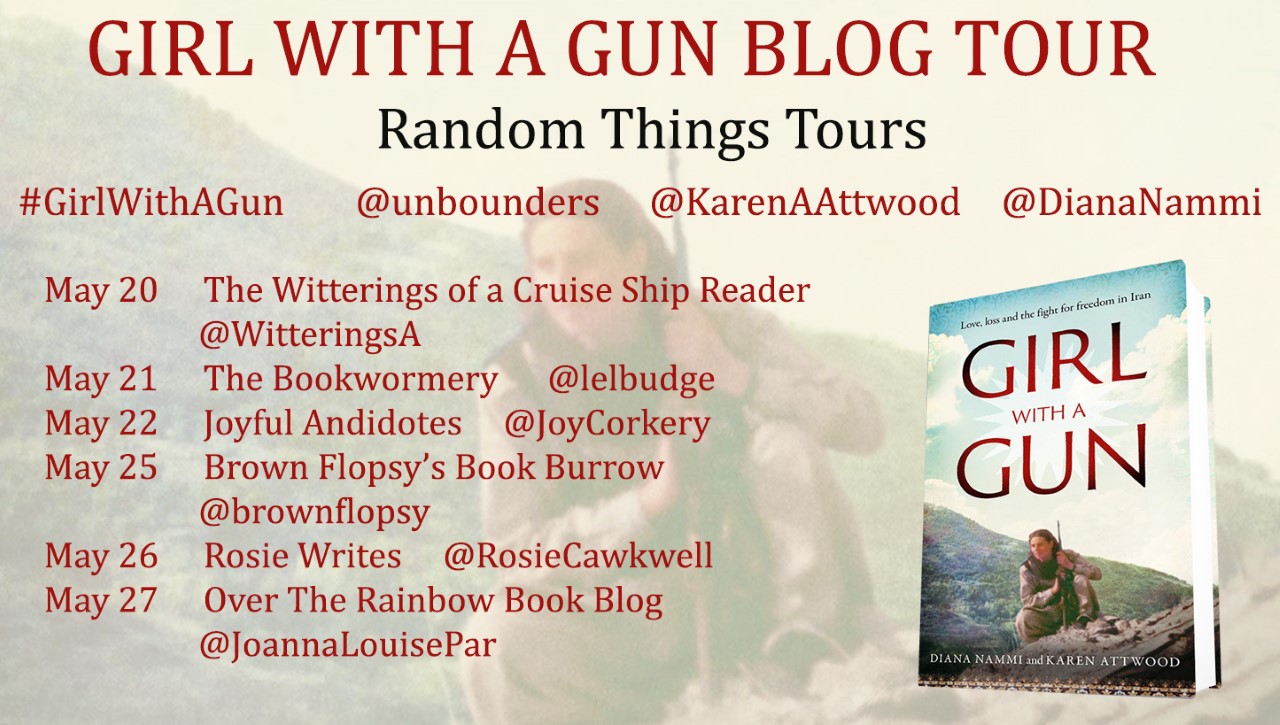 Diana Nammi became a fighter with the Peshmerga when she was only seventeen. Originally known as Galavezh, she grew up in the Kurdish region of Iran in the 1960s and 70s. She became involved in politics as a teenager and, like many students, played a part in the Iranian Revolution of 1979. But the new Islamic regime tolerated no opposition, and after Kurdistan was brutally attacked, Galavezh found that she had no choice but to become a soldier in the famed military force.

She spent twelve years on the front line, and helped lead the struggle for women’s rights and equality for the Kurdish people, becoming one of the Iranian regime’s most wanted in the process. As well as being the startling account of Galavezh’s time as a fighter, Girl with a Gun is also a narrative about family and resilience, with a tragic love story at its heart.

Girl With A Gun is the memoir of Diana Nammi, who at 17 was a Peshmerga fighter in the battle against the radical Islamic regime.

This gives a real insight into her life during this terrible, turbulent time.

It tells of the effects of this conflict on the ordinary person in the Kurdish population and their day to day struggles.

So well written it’s clear Diana is an incredibly strong and brave woman and this tale is both tragic and heartbreaking at times and also a testament to what can be achieved. Thought provoking to say the least.