The bestselling author of the compelling DI Bliss crime series is back with another stunning novel.

WHEN DEATH BECOMES THE KINDEST CUT OF ALL

When slices of flesh and body parts are discovered in different areas of the country, DI Bliss and his team are tasked with running the operation. After Bliss realises the victims have been subjected to a specific form of torture, it leads him to a cold case involving the brutal and bloody murder of a woman in London twenty-six years earlier.

As the team discover links between their victims, the murdered woman, and gangland crime, they begin a dangerous investigation into both the past and the present. But Bliss is stumped, unable to decide if the current spate of mutilations are acts of revenge or the result of ageing criminals seeking to hide their despicable actions. Following a leak to the media, Bliss’s reaction may have dire consequences.

With the hunt for the victims at fever point, Bliss uncovers evidence steering him in the direction of one particular individual. The only problem being, his prime suspect is the one person it cannot possibly be. When Bliss orders a sting operation, the astonishing truth is revealed. And that’s when things really start to go wrong… 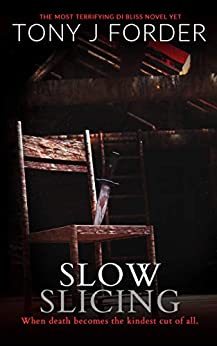 #7 in the DI Bliss series, it can be read as a stand-alone, but you are missing out on a great series,  But then I have read a few and I’m a fan.

Bliss receives a call from an old colleague, now Superintendent Pete Conway, when a bag of human remains are found…..Bliss was already investigating a similar case. When further body parts are found, Bliss is put in charge of the investigation.

Well, this is a dark and gruesome case for Jimmy Bliss, it’s so well plotted you’re never quite sure where it’s heading, but as the suspense builds the twists keep you guessing. I think this is my favourite in the series…….so far!!

Thank you to Sarah at Book On The Bright Side for the opportunity to participate in this blog tour, for the promotional materials and a free copy of the ebook. This is my honest, unbiased review. 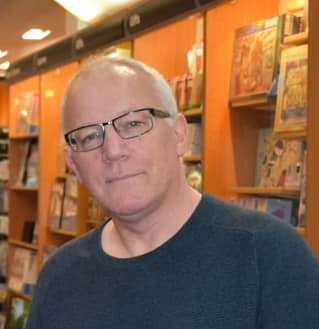 Tony J Forder is the author of the bestselling crime thriller series featuring detectives Jimmy Bliss and Penny Chandler. The first six books, Bad to the Bone, The Scent of Guilt, If Fear Wins, The Reach of Shadows, The Death of Justice, and Endless Silent Scream, will be joined on 10 August 2020 by Slow Slicing, and in December by the DI Bliss prequel novella, Bliss Uncovered.

Tony lives with his wife in Peterborough, UK, and is now a full-time author. He is currently editing a new novel, and has also started on Bliss #7, Slow Slicing.